When you book with an account, you will be able to track your payment status, track the confirmation and you can also rate the tour after you finished the tour.
Sign Up

Or Continue As Guest

The 60-kilometer route hikes almost entirely above 2,000 meters and will take us to such emblematic places as the 2 ,853-meterCertascan Peak, la Pica d’Estats or the Cigalera Rock at 2,670 meters.

But also,  we will peaks like Montcalm or Sotllo, and we will be able to admire the largest natural lake in the Pyrenees, Certascan, or Estanys Blaus, lakes of Romedo, or lake Baborte.

La Porta del Cel is a unique way to explore one of the most attractive places in the Pyrenees in summer.

The itinerary can be modified for any circumstance that the Guide considers appropriate.

Ask us! Via email if you have any preference or change in the suggested itinerary.

Ask us! Via email for information or optional contracting with The Bear Outdoor. 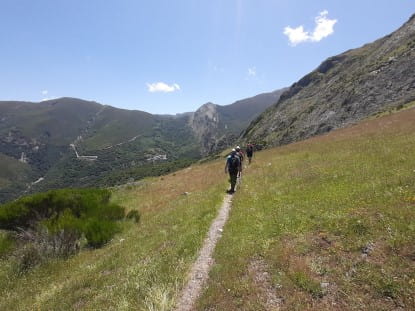 3 days
0
From185 €
1 travellers are considering this tour right now!